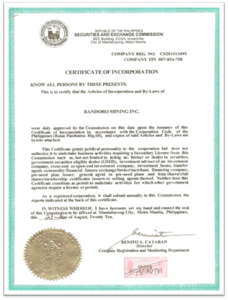 BANDORO MINING INC., or “BMI” a 100% Filipino owned corporation originally was established and registered with Securities and Exchange Commission on August 23, 2010 with five (5) Incorporators. In October 5, 2011, a new group of businessmen from diverse background pulled their resources and vision together and took over the company. After several re-organization

the new & current Chairman of the Board is the former Governor of Ilocos Sur the Hon. Luis “Chavit” Singson, another member of Congress helps to steer the core of officers, Congressman Carlo V. Lopez of the second district of Manila.

The designated President & CEO of the group is Dionisio O. Santos, Jr., a very active student leader in his younger years during the martial law era and currently involved passionately in the Miners Association of the Philippines as the Business Manager and Executive Vice President. Mr. Santos has a deep rooted association with indigenous groups and the poor from rural areas. He is also a security consultant with strong ties to the military fraternity of the country who co-owns a security firm that provides well trained uniformed guards, intelligence service, VIP escorts and training of in house security personnel. Other directors of the company are well known businessmen in the name of Mr. Dileep Kumar, Mr. Kristoffe Rast, Mr. Jerico Benjamin P. Santos and Mr. Barty-Genaro Fidel A. Espino IV respectively.

The primary purpose of The Company as allowed by law is to engage in the business of mineral exploration and management, including the trading, marketing and distribution of all kinds of minerals. BMI can also enter into partnerships and other disposition on its own account, as principal or in a representative capacity, in such areas of the mining industry where synergies of expertise, industry experiences, capabilities and resources between BMI and its Partners are expected to generate optimum added-value to the business and to conduct other related mining

activities in so far as may be permitted by law.

Our objective is to create long-term shareholder value through its exploration, acquisition, community relations, mine development and management, trading and marketing of minerals from the Philippines to its markets in China, India the Middle East and other emerging markets in Asia.

Since the establishment of Bandoro Mining, Inc., the company has successfully engaged in the business of mineral exploration, mining, consultancy, trading, marketing and management. The Company has also been involved in the syndication of investor groups for approved mine claim ownerships and interests primarily in the area of gold. Having all the necessary experiences and expertise in the development and operation of mineral exploration, mining, trading, marketing and management, various interest groups in the mining industry have engaged the services of BMI in different aspects of mine claim investigation, ownership, exploration, community relations, mining operations and logistics management as well as marketing of mineral products to its diverse markets and is now the operations partner in the acquisition of a large scale Gold-Copper mine of Boston Mineral Mining Corporation located in Davao Oriental, Mindanao.

To be one of the leading pioneer in adopting Responsible Mining in the country by managing responsibly the Environment and ensure continuously to edify the People to dwell harmoniously for sustainable growth in their community.

Our company motto is to ensure that it will benefits the Urban People and our commitment to protect the Environment for healthy living for the poor.

We recognized our responsibilities to our country, our mission is to conform to the provision, qualifications and requirements of safe and responsible mining.

We must devote ourselves to the further development of the Philippines to continue to be socially responsible, conscientious and accountable in supporting the communities where we operate and by enhancing the environment.

We will develop all our employees so that they will use their talent to work professionally, harmoniously and safely towards the achievement of our Vision.

Chairman of the Board: Hon. Luis “Chavit” Singson 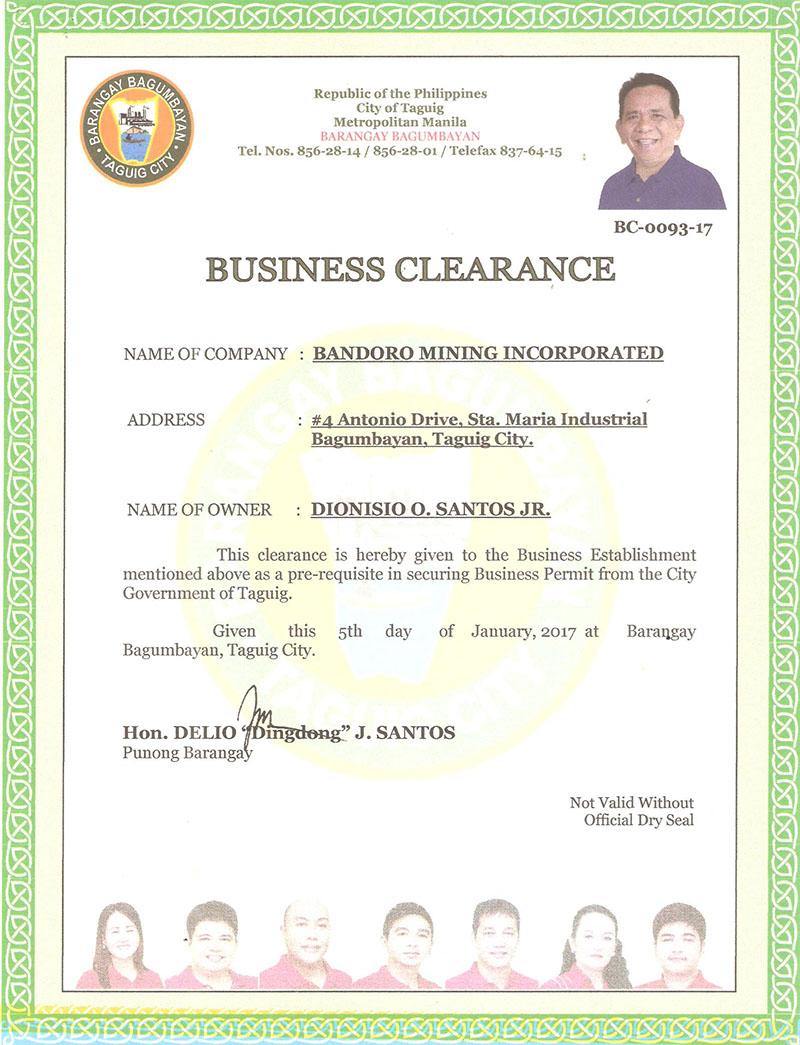 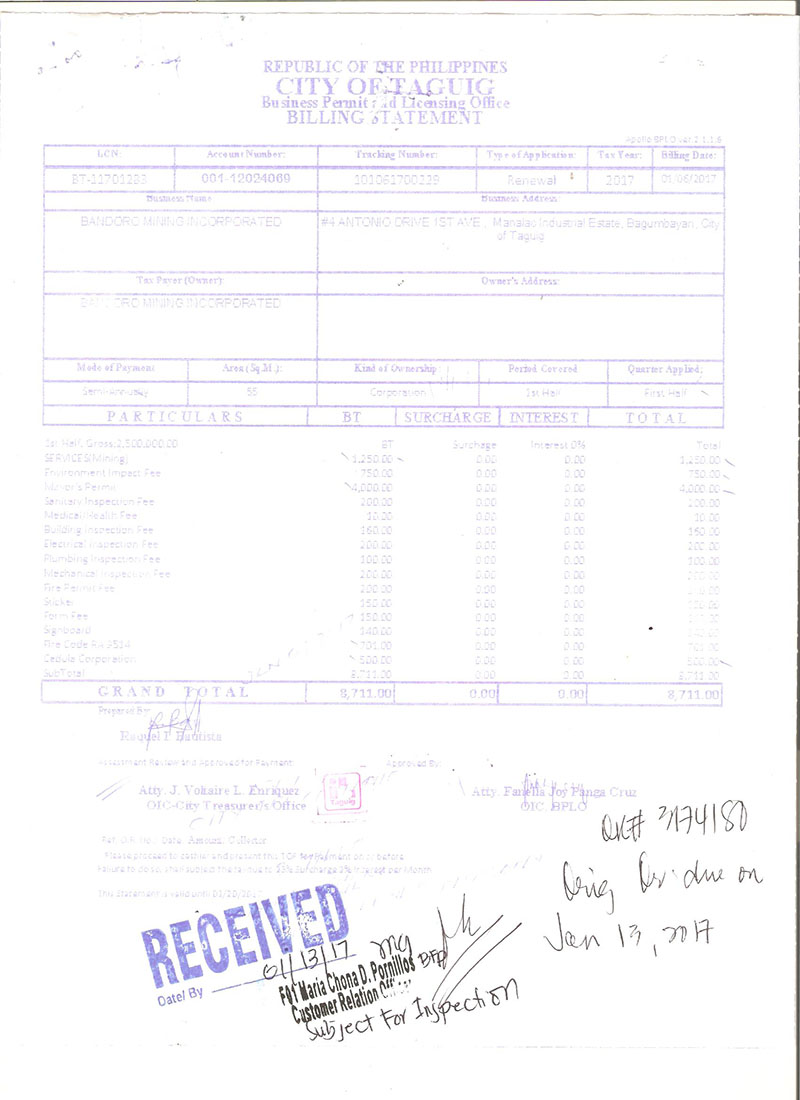 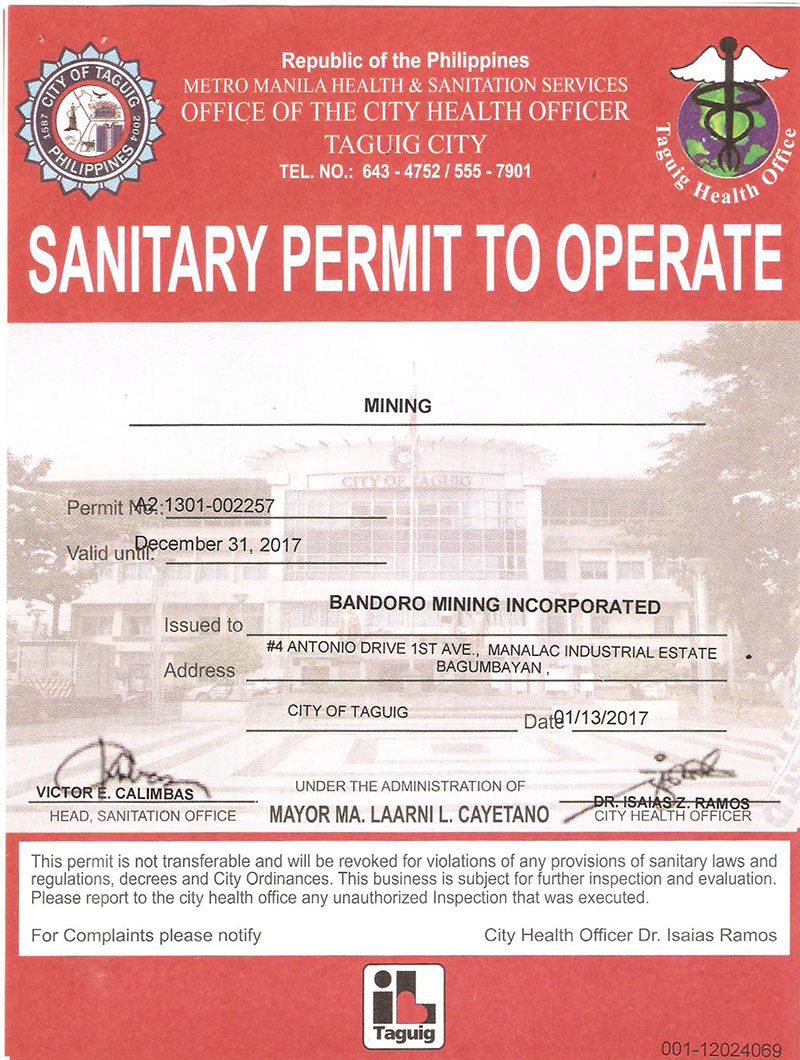 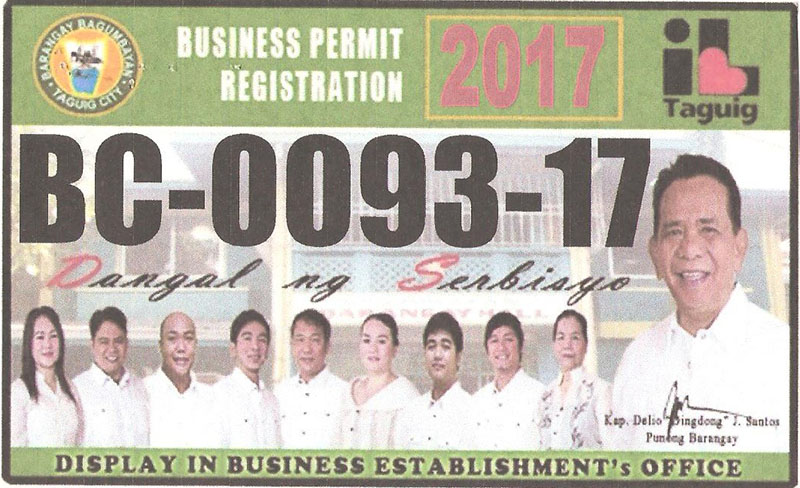 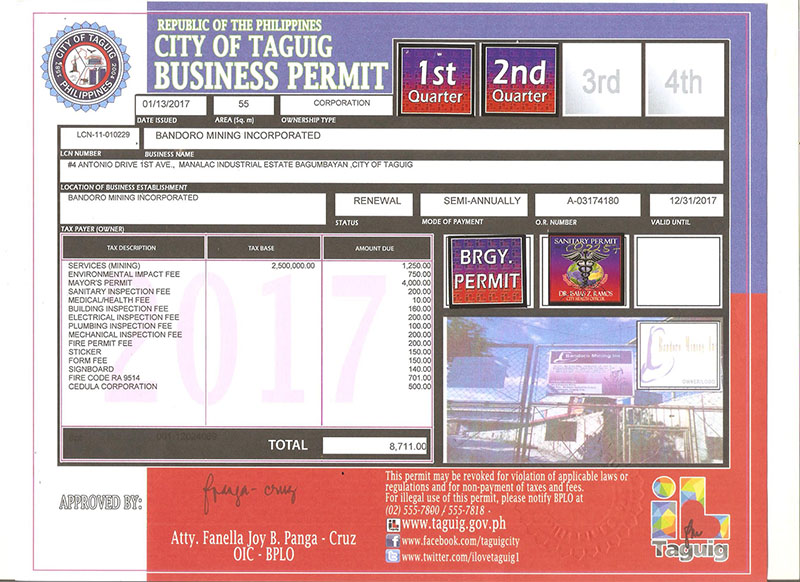